How do we know wether our food is genetically modified... or contains glyphosate (a damaging agrochemical found in RoundUP). The GMA (Grocery Manufacturing Association) is in favor of destroying your health by not allowing the labeling of these Frankenstein Foods and   Congress no longer represents the people who pay their salaries and they will not change the laws. If that does not make you ill, the  FDA is now allowing GMOs in organic foods.

It is very difficult if not impossible to distinguish between GMO and non GMO foods in your supermarket. In the produce section you can find GMO corn on the cob, soy, and papaya with many more health damaging fruits and vegetables on their way.


Bananas - have been modified to protect it from a bacterial disease that caused the fruit to rot. A gene from the sweet pepper was combined with the banana to make them resistant to the bacteria.

Potatoes - are being modified for higher starch levels.

Corn - found in chips, cereals, granola bars, breads, and oils. Chances are if you shop in a supermarket you are eating GMO corn. This corn that grows it's own pesticide  that kills bugs by punching a hole in their gut .. and guess what... it punches a hole in your gut also.

Rice - is now being modified to be resistant to herbicides and insects to increase yields and to generate nutrients that are not normally found in rice.

Tomatoes - currently not on the store shelves ... these are being modified to combine with other plants.

Cotton - this is not a food but we are still eating cottonseed oil. It is found in mayonnaise and salad dressings and is loaded with pesticide.

Canola Oil - the most popular oil on your store shelf. It  is made from the rape seed. 80% of the Canola is GMO.

Sugar Beets - recently approved this new Frankenfood will withstand many sprayings of Roundup -- Sugar beets provide about half of the sugar for the U.S.


Salmon - This first GMO animal to be approved. 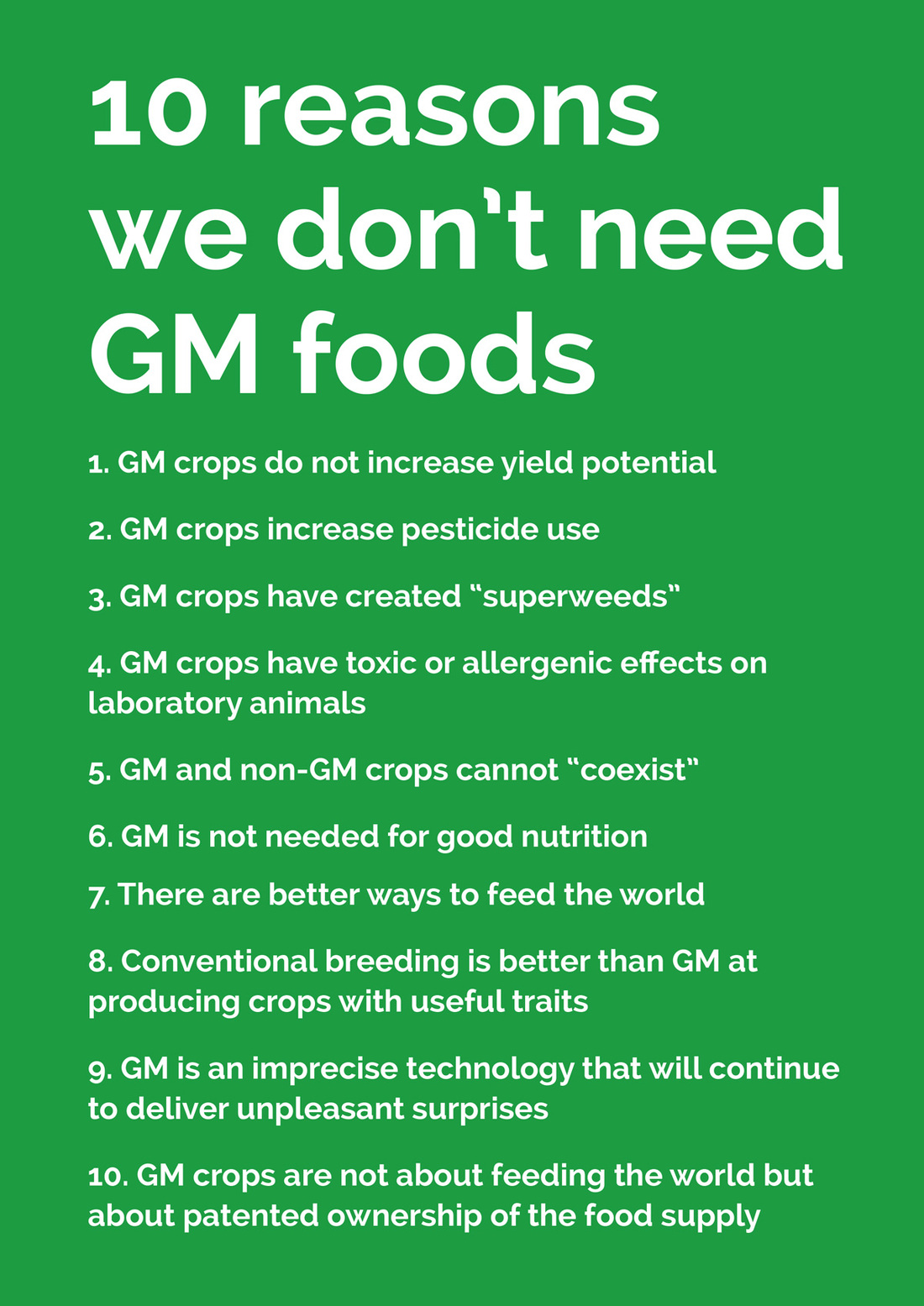